We changed a few kind words with the guys from Dub Disco. 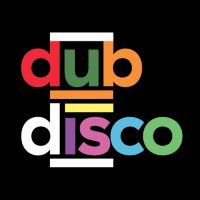 Hailing from the Berlin underground they tell us about the foundation, inspiration and their upcoming projects.  Serj Nosé & Aussteiger convince with a great debut vinyl publication on their new label! Two vinyl dudes with the heart in the right place.

Serj Nosé:
I guess we both had the idea of doing a label, but never wanted to do it alone. So when we met again after a long time, Aussteiger asked me if I wanted to do join him to start Dub Disco and that‘s it.

Aussteiger:
I came up with the name in my retreat. As an easy name needs an outstanding logo, I asked my good friend Ben aka Random Identity to create a logo. He showed me 4 different sketches, but I immediately chose the fabulously colored logo that makes the world go around.

Later, as Serj Nosé said, I approached him because we have a similar taste in music and this special approach towards rhythm & melodies. We officially started in January 2016 with some mixes from us and friends called Dub Discodes.
It is definitely much more fun to do a label with a friend and share the happiness.

Independent Groove: How did you meet?

Serj Nosé:
We met a long time ago in the basement of that Jazz­bar I was running with a couple of friends in the middle of Neukölln. Shangl­Hangl was the name, crazy place with insane musicians. We lost touch for a while when I went to Canada for a year, and got back together through a common friend.

Aussteiger:
Yeah we met in a weird underground place somewhere in a basement in Neukölln opposite of the Giegling Headquarters. That was short before I left civilization for two years living withdrawn in the mountains of a covert place. There I focused myself to create music that touches the hearts and souls of the listeners.
Back in the city we met again through our common friend Thomas Schiller (one part of S&W), who will be doing the next Dub Disco release. And so the circle closes…

Independent Groove: How did you get the idea of your label name?

Aussteiger:
My personal feeling is that Dub is one of the founding fathers of machine­driven music and disco is serving as the timeless and revelational sound that took the dancefloors by storm. So, Dub Disco was a remarkable name to go with.

Serj Nosé:
My main interest, and surely the most important thing in general (also when it comes to me Dj­ing) is to keep it varied. I don‘t really mind what kind of music it is, as long as it is interesting and well produced. With Dub Disco we mainly focus on dancefloor music, but in general, anything is fair game. We didn‘t want to have a homogenous label that only represents one style. There are enough of those out there.

Aussteiger:
As I am connected to the nature and deeply rooted in the harmonic essence, I found a recipe that gives me superpowers when writing and producing music.

Serj Nosé:
It’s hard for me to define my style through special releases, as my style is constantly changing and evolving.
My roots as a DJ lay in Funk & Disco. Anything from contemporary, to old­school, to obscure stuff, I dig. I also love all that Italo and really cheesy stuff that was and is going on.
I had a long period playing House, which started to bore me after a while, so now I am really going for the trippy, sparkling and cosmic stuff.

But also here it is very hard for me to define, because as I said, I like (almost) everything. (In my personal life, I recently got into Trap, thanks to the boys of Soul Future Bass)
I just can say that the labels Macadam Mambo, Enzino‘s, Red Laser Disco, Charlois and Bordello a Parigi have had a huge influence on me, just to name a few. And when it comes to Djs anything that Albion, Enzo Elia, Jarle Brathen, S&W, Gerd Janson do, has been a huge inspiration.

Aussteiger:
To name releases would be too much but I can name some labels that influence me:
Strictly Rhythm, Motown, Giegling, Basic Channel, Versatile, Stones Throw, Tru Thoughts, Clone, Rhythm & Sound and Dark Entries.

Independent Groove: Describe your EP in one word?

Serj Nosé:
Drückend (one of these german words hard to translate, something like powerful)

Independent Groove: Will there be a live appearances?

Aussteiger:
We deejay together from time to time as the mighty Dub Disco Soundsystem. And maybe I will do a Liveset one day…

Independent Groove: Any plans for the future?

Serj Nosé:
For now, we just want to continue doing what we want and what we like, at the speed we need it to be. We are both working on a couple of edits that might see the light someday. And of course there are some ideas floating around, but that’s for the future.

Aussteiger:
We have our first Dub Disco Label night on the 30t h September at the Kultstätte Keller. A marvelous basement with two floors and a good soundsystem near Rathaus Neukölln.

We gonna do this every two month and invite all our good friends. A lot of them are DJS, and they will drop their amazing music, mainly vinyls, they had been digging for a long time.

Independent Groove: We thank you for your time and wish you much success with your new label Dub Disco.